In the 6.2.0 release, Stardog introduced the notion of a distributed cache. A set of cached datasets can be run in conjunction with a Stardog server or cluster. A dataset can be an entire local graph or a virtual graph. This feature gives users the following abilities:

A cached dataset can be created for a virtual graph that maps to a portion of a database that does not update frequently where that dataset is used in conjunction with another uncached virtual graph mapped to the portions of the database that updates more frequently. This hybrid approach can be used to balance performance and freshness. 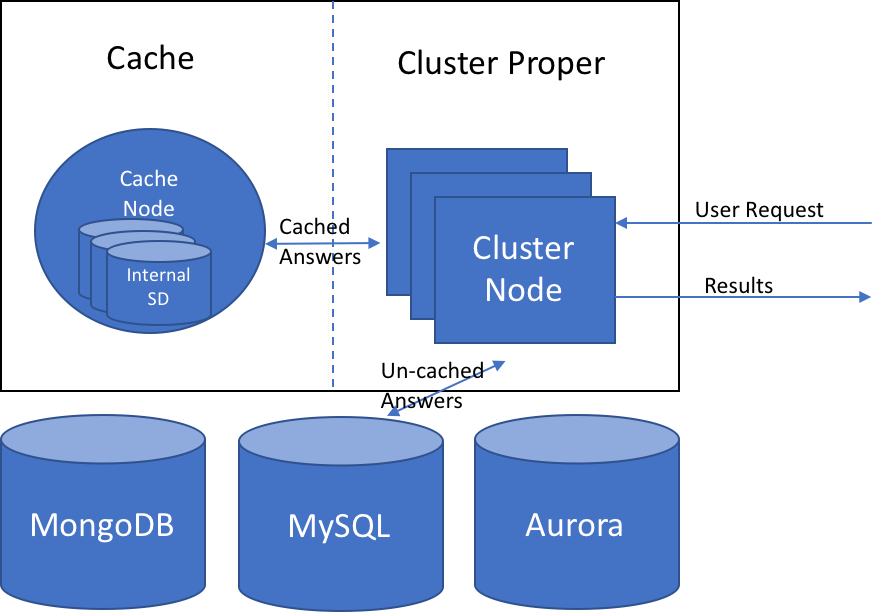